With a passion for excellence, excitement and experience, NIKU X offers a refreshing take on the elevated dining experience. We encapsulate high-level Japanese mastery through its distinct artisanal Japanese cuisine and traditional craftsmanship. Sister brand of the world famous, The XPot, NIKU X alters the perception of the classic yakiniku, a traditional Japanese technique utilized to grill meats.

The restaurant is situated in Suite 212 of the tallest building in Los Angeles, The Wilshire Grand Center. NIKU X boasts a contemporary interior with tile mosaics and ultra-modern Robatayaki grills. An open kitchen concept and robot servers are just some of the restaurant’s attributions, as NIKU X celebrates state-of-the-art design and innovation.

Our menu curation is meant to transport guests one course at a time. Our certified Japanese A5 Wagyu is sustainably sourced from our privately-owned farm. We are proudly transparent and conscious in our extensive process and preparation of Yakiniku. Part of our story is showcasing NIKU X’s specialty cuts that combine traditional flavors with a modern and multicultural spin. Enthrall your senses with dishes that embrace the usage of rare ingredients: scorpionfish and exclusively grown Japanese vegetables. 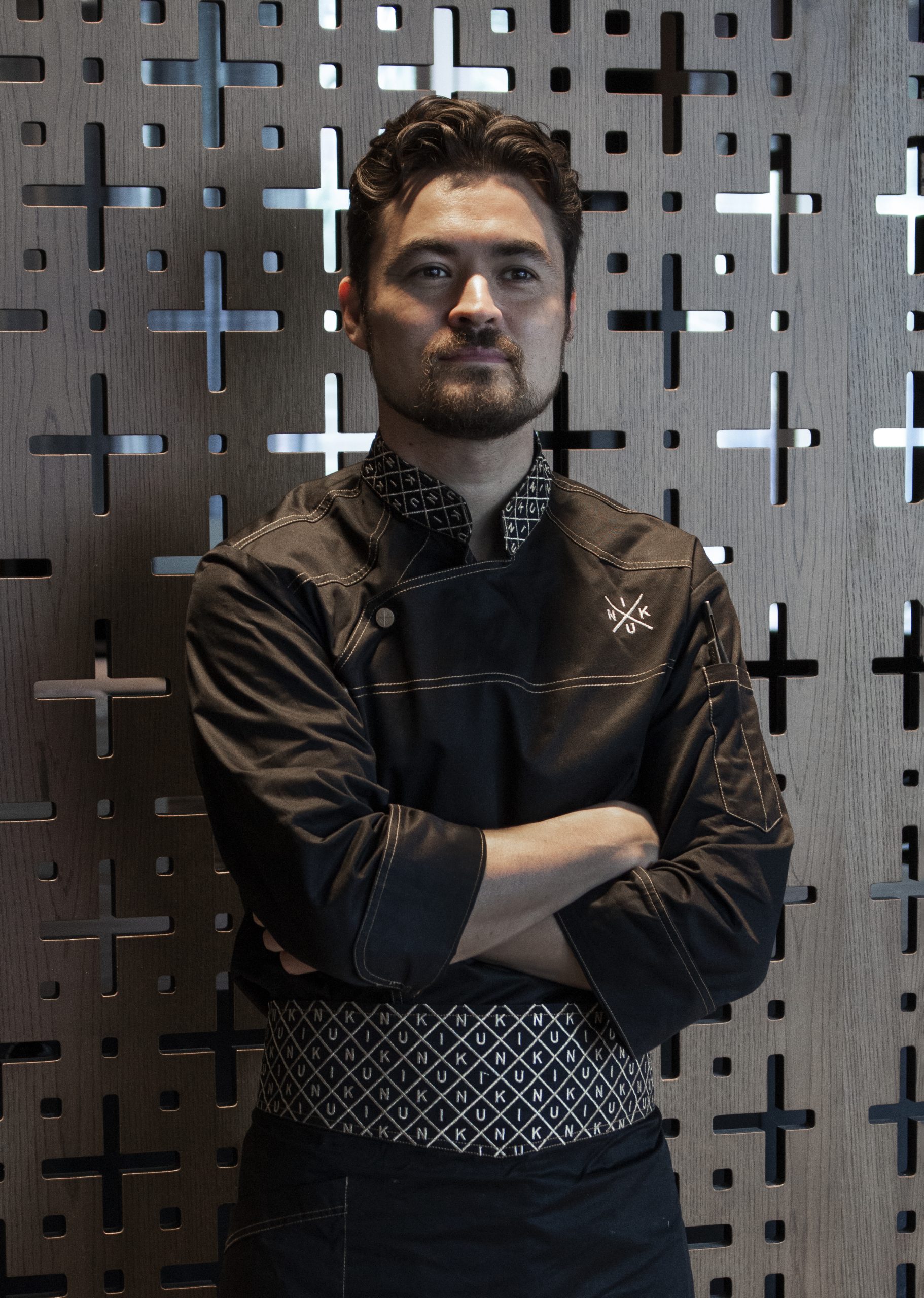 Heavily influenced by his childhood in Yamaguchi, Japan, Michelin-starred Chef Shin Thompson’s specialty is honoring the traditional Japanese cuisine with his curated menus, characterized by the use of excellent artisanal produce and “ranch-to-table” ingredients in a harmonious fusion with French nouvelle cuisine techniques. Alongside traveling the world with his father, Shin’s culinary skills create an array of globally inspired flavors. The kitchen is where he combines his love for food and travel.

Shin first gained notoriety during his time in Chicago hosting underground dinner soirées for some of the most influential. In 2012, he went on to open Bonsoirée, which earned its Michelin star during his time as executive chef and owner. In 2014, Shin conceptualized Furious Spoon Ramen, which grew to seven locations by 2020. He has since received a multitude of accolades for his business and culinary successes, including the James Beard Foundation Award and Best Local Dining Destination in the World.

Now, to truly demonstrate the foundation of Japanese cuisine with the elegant techniques, globally inspired, Shin invites guests to explore his specially curated menus, with complimenting wine and sake selections, alongside having a memorable experience at his new restaurant, NIKU X, located in downtown Los Angeles.

Our executive chef, @shinthompson was an honored g

Thank you for the feature @eater_la ! This past

At the core of Niku X is the idea of kintsugi, the

Situated in Downtown Los Angeles, Niku X is a dest